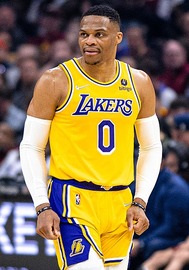 Russell Westbrook III is an American professional basketball player for the Los Angeles Lakers of the National Basketball Association. A member of the NBA 75th Anniversary Team, he is... Wikipedia