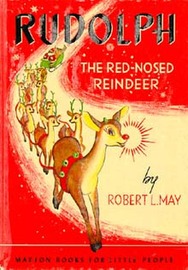 Rudolph the Red-Nosed Reindeer is a fictional reindeer created by Robert L. May. Rudolph is usually depicted as the ninth and youngest of Santa Claus's reindeer, using his luminous... Wikipedia