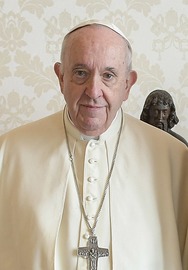 Pope Francis is the Bishop of Rome and hence head of the Catholic Church and sovereign of the Vatican City State since 2013. Francis is the first pope to... Wikipedia