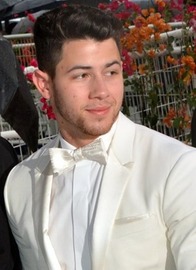 Nicholas Jerry Jonas is an American singer, songwriter and actor. Jonas began acting on Broadway at the age of seven, and released his debut single in 2002; this caught... Wikipedia