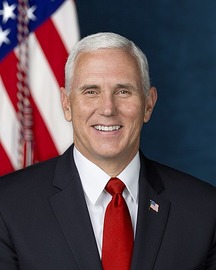 Michael Richard Pence is an American politician, broadcaster, and lawyer who served as the 48th vice president of the United States from 2017 to 2021 under President Donald Trump.... Wikipedia