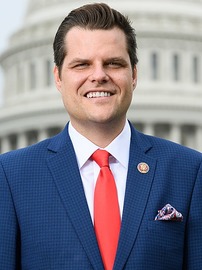 Matthew Louis Gaetz II is an American lawyer and politician who has served as the U.S. representative for Florida's 1st congressional district since 2017. A Republican, he has become... Wikipedia