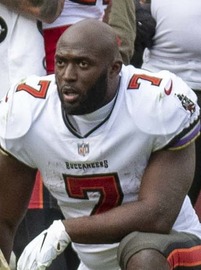 Leonard Joseph Fournette III is an American football running back for the Tampa Bay Buccaneers of the National Football League. He played college football for the LSU Tigers, and... Wikipedia