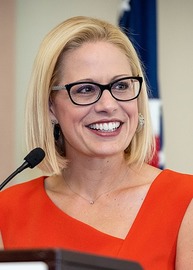 Kyrsten Lea Sinema is an American politician and social worker serving as the senior United States senator from Arizona since January 2019. A member of the Democratic Party, she... Wikipedia