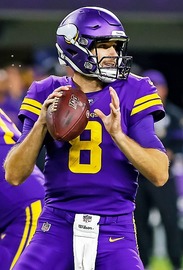 Kirk Daniel Cousins is an American football quarterback for the Minnesota Vikings of the National Football League. He played college football at Michigan State and was drafted by the... Wikipedia