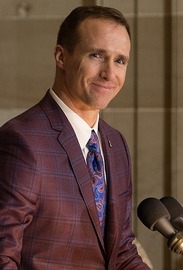 Drew Christopher Brees is a former American football quarterback who played in the National Football League for 20 seasons. A member of the New Orleans Saints for most of... Wikipedia